4 Beloved, believe not every spirit,

but try the spirits whether they are of God:

because many false prophets are gone out into the world.

How to know FALSE teachers?

How dangerous are they?

SPIRIT guided me to these verses:

13 If there arise among you a prophet,

or a dreamer of dreams,

2 And the sign or the wonder come to pass,

whereof he spake unto thee,

Let us go after other gods,

which thou hast not known,

and let us serve them;

3 Thou shalt not hearken unto the words of that prophet,

or that dreamer of dreams:

for the Lord your God proveth you,

to know whether ye love the Lord your God

which come to you in sheep's clothing,

but inwardly they are ravening wolves.

16 Ye shall know them by their fruits.

Do men gather grapes of thorns,

or figs of thistles?

17 Even so every good tree bringeth forth good fruit;

but a corrupt tree bringeth forth evil fruit.

neither can a corrupt tree bring forth good fruit.

19 Every tree that bringeth not forth good fruit

is hewn down, and cast into the fire.

20 Wherefore by their fruits ye shall know them.

23 Then if any man shall say unto you,

Lo, here is Christ, or there;

24 For there shall arise false Christs,

and shall shew great signs and wonders;

insomuch that, if it were possible,

they shall deceive the very elect.

I have told you before.

26 Wherefore if they shall say unto you,

he is in the desert; go not forth:

behold, he is in the secret chambers; believe it not.

27 For as the lightning cometh out of the east,

and shineth even unto the west;

so shall also the coming of the Son of man be.

5 And Jesus answering them began to say,

Take heed lest any man deceive you:

6 For many shall come in my name,

and shall deceive many.

13 For such are false apostles,

transforming themselves into the apostles of Christ.

for Satan himself is transformed into an angel of light.

15 Therefore it is no great thing

if his ministers also be transformed

as the ministers of righteousness;

whose end shall be according to their works.

11 And have no fellowship

with the unfruitful works of darkness,

but rather reprove them.

which are done of them in secret.

13 But all things that are reproved

are made manifest by the light:

3 Let no man deceive you by any means:

for that day shall not come,

except there come a falling away first,

and that man of sin be revealed,

the son of perdition;

4 Who opposeth and exalteth himself

above all that is called God,

or that is worshipped;

so that he as God sitteth in the temple of God,

shewing himself that he is God.

5 Remember ye not, that,

when I was yet with you,

I told you these things?

6 And now ye know what withholdeth

7 For the mystery of iniquity doth already work:

only he who now letteth will let,

until he be taken out of the way.

8 And then shall that Wicked be revealed,

whom the Lord shall consume with the spirit of his mouth,

and shall destroy with the brightness of his coming:

whose coming is after the working of Satan

with all power and signs and lying wonders,

10 And with all deceivableness of unrighteousness

in them that perish;

because they received not the love of the truth,

11 And for this cause God shall send them strong delusion,

that they should believe a lie:

who believed not the truth,

but had pleasure in unrighteousness.

3 If any man teach otherwise,

and consent not to wholesome words,

even the words of our Lord Jesus Christ,

and to the doctrine which is according to godliness;

but doting about questions and strifes of words,

and destitute of the truth,

supposing that gain is godliness:

from such withdraw thyself.

3 This know also, that in the last days

2 For men shall be lovers of their own selves,

despisers of those that are good,

lovers of pleasures more than lovers of God;

5 Having a form of godliness,

but denying the power thereof:

from such turn away.

6 For of this sort are they which creep into houses,

led away with divers lusts,

and never able to come

to the knowledge of the truth.

13 But evil men and seducers

shall wax worse and worse,

3 For the time will come

when they will not endure sound doctrine;

but after their own lusts

shall they heap to themselves teachers,

4 And they shall turn away their ears from the truth,

and shall be turned unto fables.

2 But there were false prophets also among the people,

even as there shall be false teachers among you,

who privily shall bring in damnable heresies,

even denying the Lord that bought them,

nd bring upon themselves swift destruction.

by reason of whom the way of truth

shall be evil spoken of.

3 And through covetousness shall they

with feigned words make merchandise of you:

whose judgment now of a long time lingereth not,

and their damnation slumbereth not.

but he that denieth that Jesus is the Christ?

that denieth the Father and the Son.

the same hath not the Father:

he that acknowledgeth the Son hath the Father also.

26 These things have I written unto you

concerning them that seduce you.

which ye have received of him abideth in you,

and ye need not that any man teach you:

but as the same anointing teacheth you of all things,

and is no lie,

and even as it hath taught you,

ye shall abide in him.

3 And every spirit that confesseth not

that Jesus Christ is come in the flesh is not of God:

and this is that spirit of antichrist,

whereof ye have heard that it should come;

and even now already is it in the world.

7 For many deceivers are entered into the world,

who confess not that Jesus Christ is come in the flesh.

jThis is a deceiver and an antichrist.

4 For there are certain men crept in unawares,

who were before of old ordained to this condemnation,

turning the grace of our God into lasciviousness,

and denying the only Lord God,

and our Lord Jesus Christ.

11 And I beheld another beast coming up out of the earth;

and he spake as a dragon.

12 And he exerciseth all the power

of the first beast before him,

and causeth the earth and them which dwell therein

to worship the first beast,

whose deadly wound was healed.

13 And he doeth great wonders,

so that he maketh fire come down from heaven

on the earth in the sight of men,

14 And deceiveth them that dwell on the earth

by the means of those miracles which

he had power to do in the sight of the beast;

saying to them that dwell on the earth,

that they should make an image to the beast,

which had the wound by a sword,

15 And he had power to give life unto the image of the beast,

that the image of the beast should both speak,

and cause that as many as would not worship

the image of the beast should be killed.

both small and great,

to receive a mark in their right hand,

or in their foreheads:

save he that had the mark,

or the name of the beast,

or the number of his name.

Let him that hath understanding

count the number of the beast:

for it is the number of a man;

and his number is Six hundred threescore and six.

and the kings of the earth,

gathered together to make war against him

that sat on the horse,

and against his army.

20 And the beast was taken,

and with him the false prophet

that wrought miracles before him,

with which he deceived them

that had received the mark of the beast,

and them that worshipped his image.

These both were cast alive into a lake of fire

21 And the remnant were slain

with the sword of him that sat upon the horse,

which sword proceeded out of his mouth:

and all the fowls were filled with their flesh.

Jeremiah 18:15 King James Version 15 Because my people hath forgotten me,  they have burned incense to vanity,  and they have caused them ... 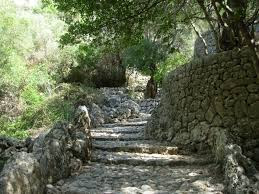 POWER in the WORD of GOD

Hebrews 4:12 King James Version For the word of God is quick, and powerful, and sharper than any twoedged sword, piercing even to the dividing asunder of soul and spirit, and of the joints and marrow, and is a discerner of the thoughts and intents of the heart.

Leila Casusi
The work I do, is share GOD's WORD with you. 1 Thessalonians 5:23 King James Version 23 And the very God of peace sanctify you wholly; and I pray God your whole spirit and soul and body be preserved blameless unto the coming of our Lord Jesus Christ.